Prankster, tweeter or blocker - what kind of spam reactor are you? 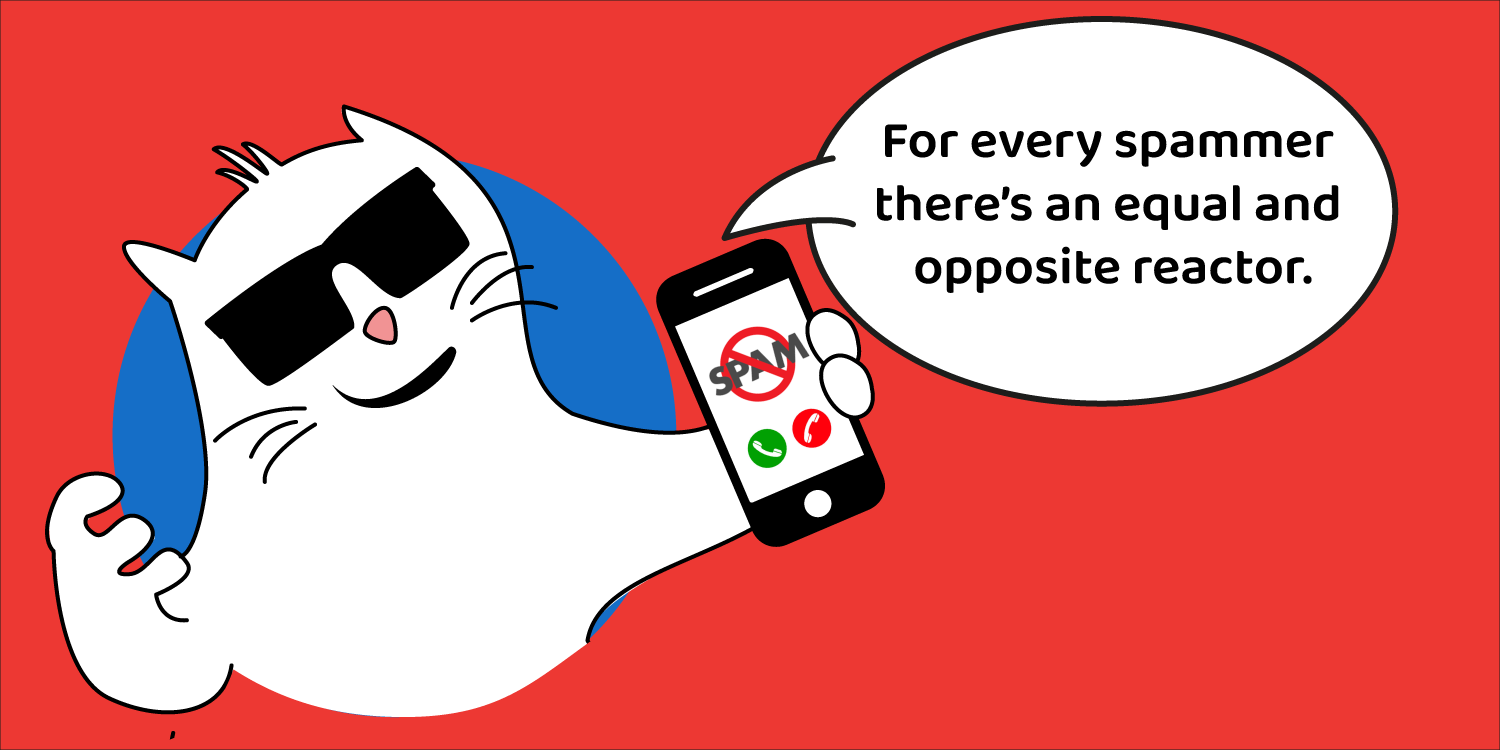 Spammers come in different forms and so do the people who react to them. In fact, we’ve found five basic types of reactors. Find out if you are one of them.

There’s no shortage of complaints about spam calls. Spammers are relentless and are experts at getting under our skin. And try as we might, often there is just no escape and we’re forced to deal with them. Sometimes we ignore them and sometimes we react. And how! In fact, that’s exactly what we are going to tell.

Here’s a look at some of the most common behaviours or reactors that we’ve noticed when it comes to tackling spammers.

This group of pranksters doesn’t pull any punches and strongly believe that spammers deserve a taste of their own medicine. They are quick, creative and full of wit. From ordering a pizza to pretending to be the police or even asking them how to hide a body, there’s no limit to their imagination.  They are the ones who turn the tables and take pride in getting spammers to hang up on them.

This is the no-nonsense group whose best friend is the block option. If their caller ID tells them they’re getting a spam call or they so much as suspect that a call isn’t legit, they instantly tap on block. They don’t care how many numbers they have to block, nor are they big on second chances. Once they flag a number as a spam caller, there’s no argument about whether they will interact with it again.

These are the privacy lovers, the fighters, the protectors and many a time, the people whose patience has been worn so thin they just need to scream. They don’t settle for dealing with one spammer at a time but will actively take to social media, calling out brands, telecom operators and organizations charged with keeping a lid on spam, for the intrusion on their privacy. Nor do they settle for petty excuses or automated responses. They are focused on shining a spotlight on spammers with the hope that some action will spring from it.

These are the busy bees who are always on the job and the slightest disturbance is enough to get on their bad side. They often answer calls as a reflex without checking their caller ID and once they realise it is a promotional or robo-call they are quick to hit the end button with a deep scowl etched into their features. And beware the spammer that catches them on a particularly bad day, they might just forgo the urge to cut you off in favour of treating you to an earful.

Then there’s the group that’s so put off by spam calls they ignore any number they don’t recognise. They are aware that they could be missing an important call but are so haunted and frustrated with spam that they are willing to risk it. And if someone they know or a service they trust begins pestering them with spam they will not shy away from ghosting them too.

Why react when you can outsmart

Did you find your reactor type? Do you have a different way of dealing with spammers? Or you could join us in just not dealing with them at all. Doosra was developed so that you don’t have to resort to crazy tactics or feel threatened by spammers and their intrusion on your privacy. We give you a second number on the same SIM that only let’s in OTPs and calls you authorise, all other calls to this number are auto-blocked and go straight to voicemail. You can share it with e-commerce sites, apps, banks, retail stores and pretty much anywhere while keeping your personal number private and out of reach from those who would misuse it. You can find any more details you need at www.doosra.com

We haven’t found a way to stop spam at the source just yet, but Doosra helps make life a little easier. So, stop being a reactor and become a Doosra user who shares their number befikar.