Don’t Let Anyone Make You Change Your Number 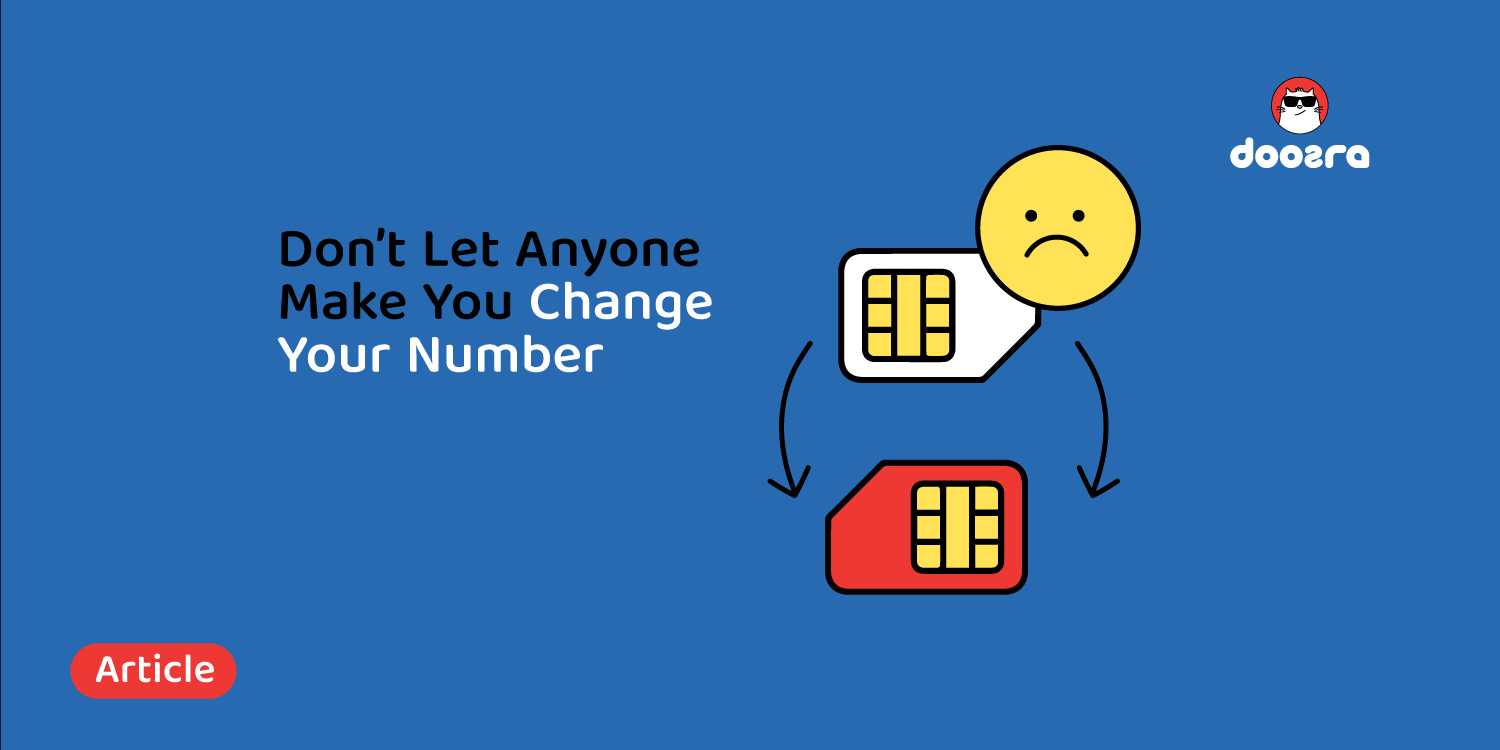 Aastha was scrolling the internet when she came upon Jake Peterson’s article on Why You Should Change Your Phone Number, which asserted that a new number could give her a new lease of life. Going through the article, Aastha felt like she was disagreeing with almost all the points being mentioned because, as a 30-year-old who had had the same mobile number since 2012, she found it extremely difficult to imagine a life where she did not own her current number. Through the various cities she had lived in and the different jobs she had held, one thing had remained constant – her personal mobile number. Sure, she ported the number from one service provider to the other while looking for better connectivity and charges but never once did she consider letting go of the personal number which had almost become a part of her identity.

While the article she read told her that changing her number was easier than she thought, it was not the case, at least in India. After all, her personal number was linked with everything, from her PAN and AADHAR cards to her bank and EPFO accounts. For almost every digital service she accessed, she was required to enter her number and changing her number on these countless forums would surely be an unnecessary hassle! Add to it the fact that her countless contacts over the last 10 years had this number and there was no way Aastha would willingly let go of her digits. Just yesterday, a long-lost contact from 5 years ago had called her to check on her job status and to suggest that she consider shifting to their company. If she had changed her number, there was no way this person, or anyone else from her past, would be able to get in touch with her so easily.

Another issue was the sense of solidarity she felt with her number. Over the years, while filling out countless forms and applications, Aastha had recited her personal number so many times that she found it impossible to imagine letting it go to someone else or become redundant. And for what? The main argument of the article was that people could avoid spam callers by purchasing a new number. Sure, Aastha was also plagued by spammers, just like all of us. But changing her number was not her only option.

In fact, she could easily and quickly get a Doosra virtual phone number in India and protect herself from the menace of spam callers. Doosra, a company focused on the privacy manifesto, offers people access to virtual sim cards and second mobile numbers which can be used whenever you are asked to share your number by a retailer or service provider. This helps you keep your personal number truly private and secure, ensuring absolute protection from spam callers and fraudsters.

Therefore, if anyone tells you to change your number to get rid of spam callers, tell them you don’t need to do that since you have Doosra, the virtual number app best suited for your requirements.