Tired of Relentless Marketing Calls and Messages? Help is Here! 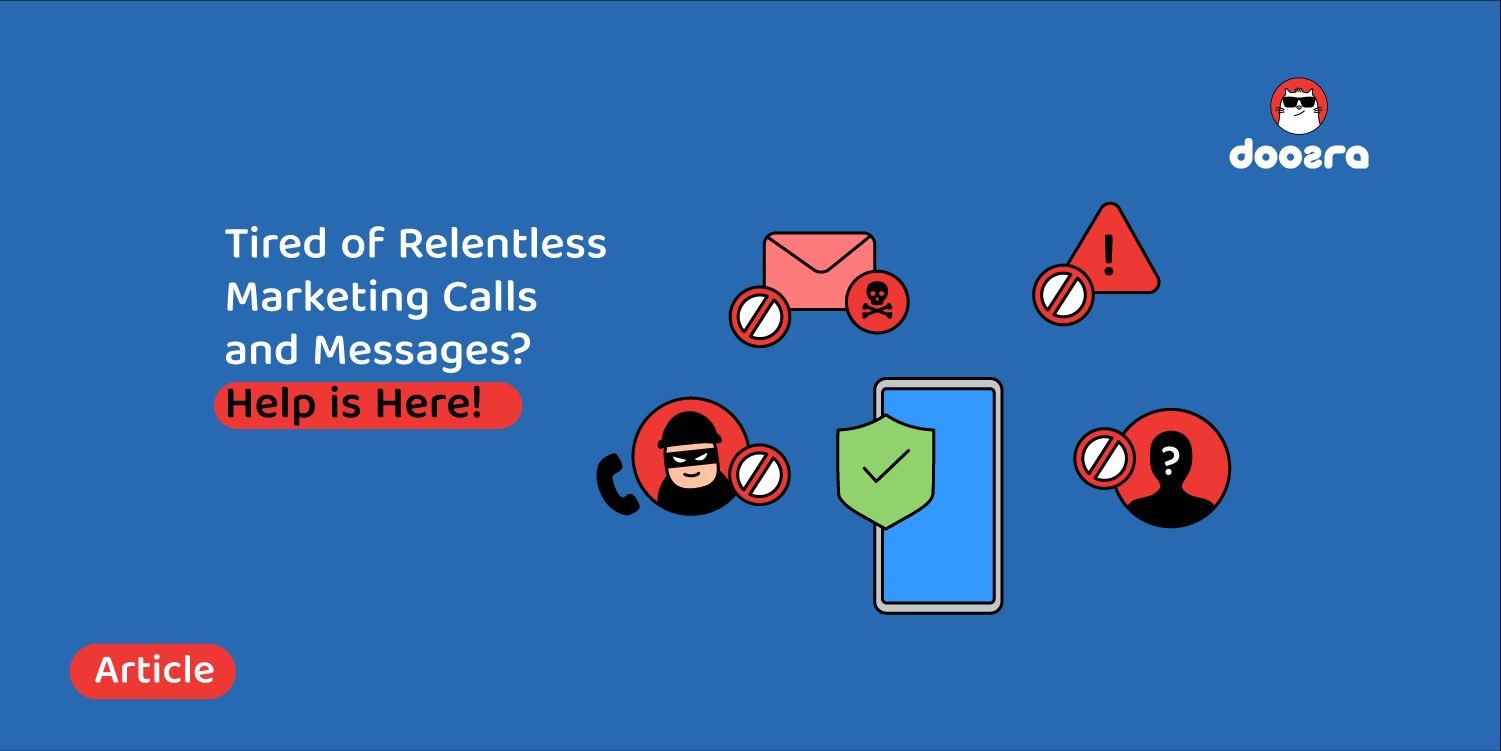 Remember how, a decade or so earlier, we used to watch science fiction movies and wonder at the possibilities of Artificial Intelligence and Machine Learning? Iron Man – The Age of Ultron, made people imagine a world where AI ran amok and automatons could access even the most private of data in an attempt to rule the world. While the Marvel Cinematic Universe has shown us an alternate reality where superheroes and unprecedented technology co-exist with regular human beings, our universe is not far behind. Technology has seeped into almost everything we do – with our smartphones becoming the actual windows to our souls. And, if unprotected, our private data and conversations are up for grabs.

Just yesterday, Pooja was talking to her mother on her phone, and the two discussed a potential vacation in the next month. Almost immediately, Pooja saw her smartphone being inundated with travel packages and advertisements from sites like MakeMyTrip and Agoda. She was stunned, even though this was not the first instance. A few days earlier, she had called her friend to catch up and, during the conversation, they discussed plans to purchase the latest iPhone. Less than a minute later, both Pooja and her friend found themselves looking at advertisements for the Apple smartphone.

If you think this is an anomaly, you could not be further from the truth. According to recent reports, in the last 1 year, around 53% of Indians have seen conversation based advertisements on the web or social media. The survey conducted by community social media platform LocalCircles brings forward a very real question – just how safe and private is your smartphone? How many companies are listening to your conversations in the background and picking up personal nuggets to then show you extremely personal advertisements? And, most importantly, how prepared are you to counter this breach of privacy?

While there is no denying the fact that technology is here to stay, cybersecurity and data protection are two things you should never forget. True, having a smartphone connected to all our daily needs is extremely convenient but how willing are you to forego privacy in the quest for comfort? Many people have been looking for ways to limit the menace of relentless marketing and one simple way to get ahead of the race is to get yourself a virtual phone number in India. When you have a second mobile number, which is not connected to any of your private data repositories or online profiles, you can protect yourself from data mining and the corresponding marketing campaigns.

Doosra, a company providing virtual sim cards in India, can protect you from the messages and calls which are used for marketing of services. Since a Doosra virtual phone number does not link back to your private information, there is no way for marketers to find you or target you with their initiatives. You can protect yourselves from spam and fraud callers and limit the possibility of data invasion to a significant degree. Even as technology is being misused to override privacy, Doosra will help you keep your details private with virtual phone numbers in India.