Staying on top of UPI frauds 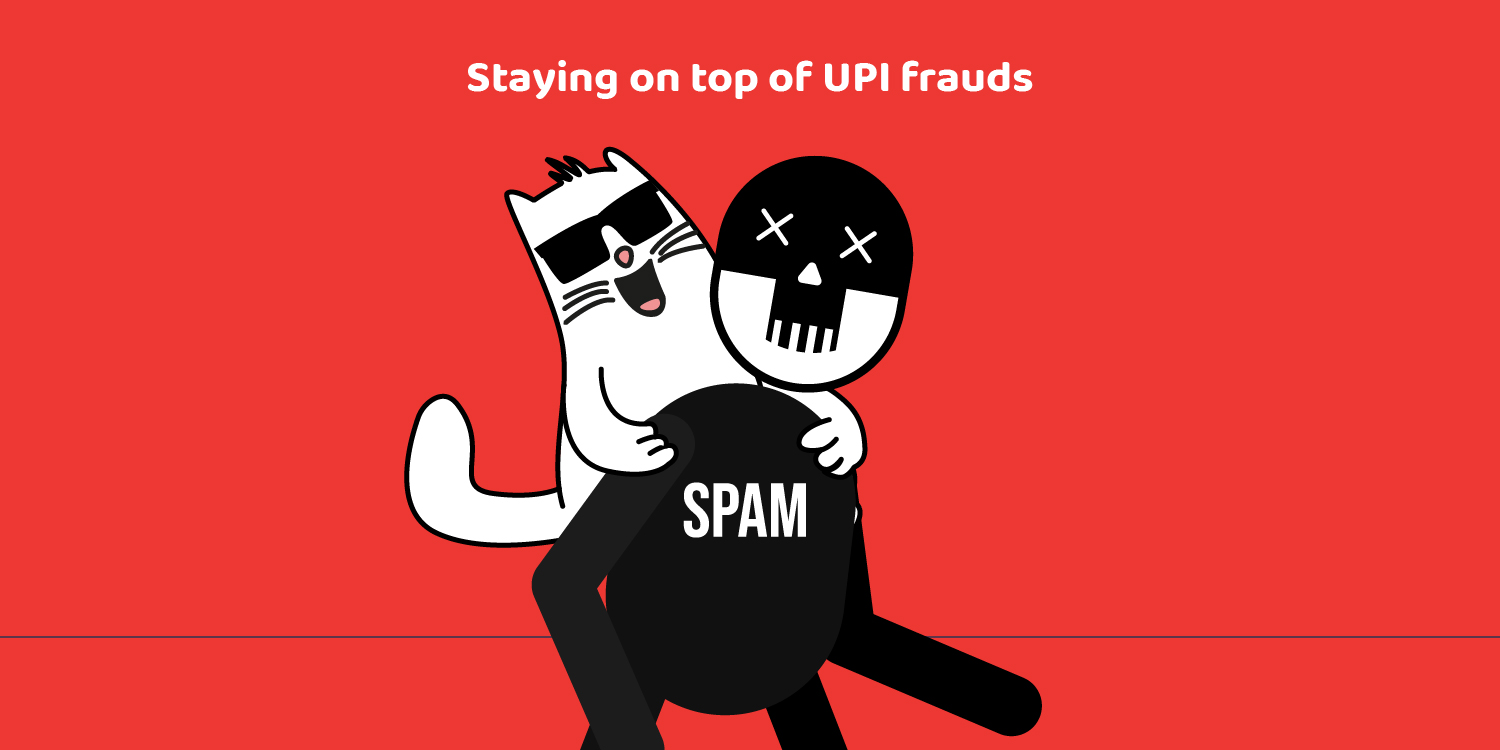 UPI (Unified Payment Interface) is a digital payment platform that facilitates cashless, real-time transactions via mobile phones. With more people shifting to contactless payment coupled with the ease of doing online transactions with UPI, the number of frauds has increased. Scammers are finding new ways to lure victims from all walks of life, those that are new to digital payment and those who use online payment frequently. Here are 4 stories that will elucidate common frauds scammers resort to.

Nikhil, a 28-year-old IT employee gets a call from a “representative” at the end of the month which is usually when salaries are credited. The representative tells him that his KYC details aren’t registered and he is at risk of his account becoming blocked. The representative creates a sense of urgency and then offers to resolve this by requesting sensitive information over the phone. Nikhil already has enough on his plate and takes up the offer and gives his information to the “representative” to ensure his UPI account isn’t blocked. After the call, Nikhil gets a message that his bank account has been emptied. The bank doesn’t register this transaction as a fraud because even though Nikhil was duped, he was complicit in this transaction.

What could Nikhil have done to avoid this? Before we answer that, let's check out this other story.

Geetha, a housewife, received a message claiming she has won a cashback offer from Flipkert.com. As a frequent shopper at Flipkart.com, she is quite excited and enthusiastically clicks the link in the message which directs her to download an app to claim it. In a hurry, she doesn’t see that this link is slightly different from the popular e-commerce site and allows permission for an unknown and unverified app to access her private data. Before she knows it, not only did she not get the cashback but most of her cash has been transferred to another account.

Where did Geetha go wrong? We’ll get to that, till then here’s another story.

Not a One Time Fraud

Vinay, a 16-year-old student, who has recently gotten a smartphone gets a notification from his UPI app with a “Request Money” message from an unknown number. In the comment section, it tells Vinay that he will receive 500₹ if he clicks accept. He clicks the link and the UPI app asks for his OTP and he enters the same. As someone new to online transactions, Vinay isn’t aware that OTP is NEVER asked while an amount is being credited, OTP is only triggered during a debit transaction. Vinay looks at his bank account after this transaction and finds that 500₹ is debited from his account.

Let’s see one more story before we address how Vinay could’ve avoided falling for this trick.

Shreya, a recent graduate, has taken a year off to prepare for her masters. She is currently doing a few side gigs to earn some money. She gets a call from a telemarketer who promises her an online job opportunity where she can work a few hours from home and get paid for it. This telemarketer then asks her to register to their portal and after paying a small fee will get access to a job kit where she will quickly recoup the initial fee and start making a lot of money. She registers for this opportunity, pays the initial fee and is told to wait for an email with the job kit. This email never arrives.

Nikhil, Geetha, Vinay & Shreya have all fallen victim to financial fraud via UPI. They missed some glaring red flags such as giving away sensitive information over the phone, clicking unknown links, giving away OTP to a mysterious payment request, being duped into registering for a job opportunity from an unverified source.

The ease of transaction makes it incredibly difficult to reclaim the money they’ve lost in these frauds. If they had followed these tips, they could’ve safeguarded themselves from these scams.

- Do not disclose financial information to anyone

- No authority will ever ask for your OTP or PIN from you. Anyone who does is likely a scammer

- While paying through OTP, always double-check the amount being debited & if the merchant you are giving money to is legitimate

- Don’t conduct any transactions from unprotected or public devices & networks

One can stay one step ahead of scammers by getting a Doosra number. This is a secondary number that you can give out to e-commerce sites, websites, malls etc which gives you an extra layer of protection by blocking all calls and messages so these scammers don’t reach you in the first place. For more details check out doosra.com and stay safe!